Microsoft announced that LinkedIn co-founder Reid Hoffman joins Microsoft’s board three months after the Microsoft completed its $26 billion acquisition of the LinkedIn.

Microsoft added Reid Hoffman to the board increases Microsoft’s board to 12 members, and he will be appointed to the Regulatory and Public Policy Committee.

“I’ve long admired Reid’s ability to identify disruptive technologies and the passion we share for how digital platforms can create new opportunity for people around the world,” Microsoft CEO Satya Nadella said in a statement. “As a board member, Reid’s leadership and strategic perspective will help chart the future of our company as we aim to empower every person and every organization on the planet to achieve more.”

“While my primary job is Partner at the venture capital firm Greylock, I’ve maintained an office next to Jeff Weiner’s at LinkedIn for the last nine years,” Hoffman wrote. “I spend substantial time there throughout the week, and that will continue.”

Hoffman is currently a partner at Greylock Partners, the well-known Bay Area venture capital firm. He also sits on the boards of Edmodo, Blockstream, and Seattle-based Convoy. 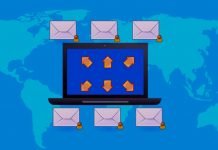 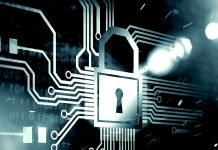 Google News Gets a Redesign After 14 Years

How to Find SIC Code and NAICS Codes?

ABOUT US
Marketing Round closely tracks the market footfall giving readers shrewd business acumen. Our touch-point is a popular choice among global marketers and investors alike.
Contact us: [email protected]
FOLLOW US
© All Rights Reserved
MORE STORIES